The Connection Between Tax Day and Equal Pay Day 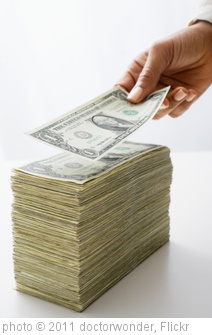 Equal Pay Day and Tax Day often fall in the same week. But the connection between the two is no coincidence.

Equal Pay Day is the day that symbolizes how far into that year a woman has to work to match what the average man made in in the previous year. The typical wage gap statistic used to illustrate the wage gap is that women make 77 cents for every dollar a man earns.

But that statistic is misleading.

The wage gap has dramatically closed between young men and women who do not have children. Some data indicates young women with no children now earn 90 percent or more of men’s wages.
Today, the biggest wage gap is between mothers and everyone else.  Employed mothers earn just 73 percent what men earn. Even less if they are single or minority.
Even that 73 percent number is too rosy, because it only looks at a snapshot of employed mothers and men in a given year. But mothers also spend more years out of the workforce than anyone else, usually to care for family. So the financial impact of mothers’ employment patterns becomes clear only when we look across the years. The lifetime earnings of women are just 38 percent of the lifetime earnings of men.

One of the reasons more mothers drop out of the workforce is because United States income tax policy is designed specifically to encourage them to drop out.
Yes, you read that right.

Before World War II, the United States used an income tax system of separate filing for married couples in which tax rates applied to each spouse’s income separately. As Ed McCaffery, author of Taxing Women, explains in his book, when the war ended and the costs of war went away, Congress saw an opportunity to reduce taxes. They did it by eliminating separate filing and replacing it with mandatory joint filing for couples. At the time, Congress also had an interest in wanting families to return to normal. In other words, they wanted mothers who had entered the workforce during the war to go back home. Joint filing would encourage them to do just that by introducing what McCaffery calls the “secondary earner bias.” The spouse who earns less, usually the mother (even today), would be taxed more – a powerful but unseen disincentive for her to be employed. As the legislative counsel of the treasury at the time remarked, “Wives need not continue to master the details of . . . business, but may turn . . . to the pursuit of homemaking.”

When a couple with children files taxes on April 17, 2012, they combine their incomes, but the money doesn’t go into a common pool all taxed at the same rate. Instead the income is stacked, with lower rates applying to the first brackets of income and higher rates applying to the brackets above that. You might recognize this as the idea of “bumping into a higher tax bracket” the more you earn.

She then finds herself asking, “Can I make enough to pay for childcare?” because the decision is often whether to pay for childcare or do it herself. The problem is the very first dollar she earns would be in a bracket on top of his income where it gets taxed at a higher rate. Subtracting childcare costs and that higher tax rate from her potential income, there usually isn’t much left. So she often decides to leave the workforce, just as the WWII era policy wanted her to.
It may be coincidence that Equal Pay Day and Tax Day fall  in the same week, but the relationship between that mandatory joint filing for couples contributes and the lifetime earnings gap for mothers is no coincidence.